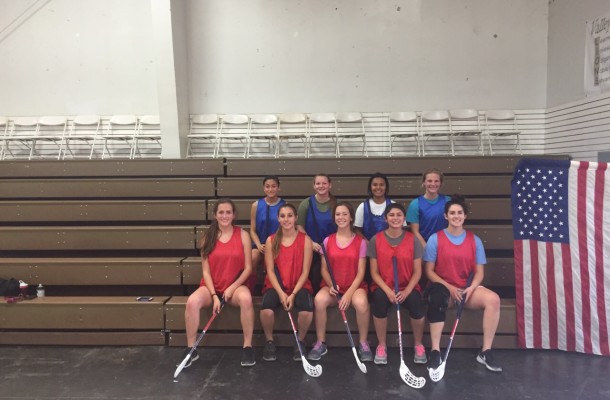 USA Floorball is currently preparing for the 2016 World Floorball Championships in Belleville, Canada. Team USA will play the B-Division against Canada, Hungary and other countries.

We are searching for youth athletes born 1997 – 2000, who are able to obtain, or has a valid US passport and who are keen on representing their country at this unique and very special historic event.

Since youth floorball is still under development in the USA, we are also considering players with an excellent track record in field hockey, ice-hockey, ball hockey, lacrosse or any other sport with top level skills transferable to floorball.

In May 2015, the WU19 team will attempt to participate in California Cup, which is held annually in Fresno. We are also looking at playing in US Open in August in Los Angeles and at the Golden Gate Cup in San Francisco later on in the year.

We plan to organize try-outs in conjunction with USA Floorball’s 2015 Development Camp or at any of the above tournaments. If players are unable to attend any of the above events, selections will be based on live footage from game situations.

For international players, we are organizing try-outs, camps and practice games in Motala, Sweden. These will take place during the Summer and Fall of 2015 and will be organized by Ann Lovgren. She is the appointed Director of International Development for team USA WU19. International eligible players are encouraged to email Ann Lovgren.