Floorball is an easy sport for all to learn and love!
REGISTER NOW
REGISTER NOW
Sign In
Sign Up
HEADLINES
SUBSCRIBE
INSTAGRAM
Team USA U19 Women’s took on Team Canada in Historic B-Division Semifinal 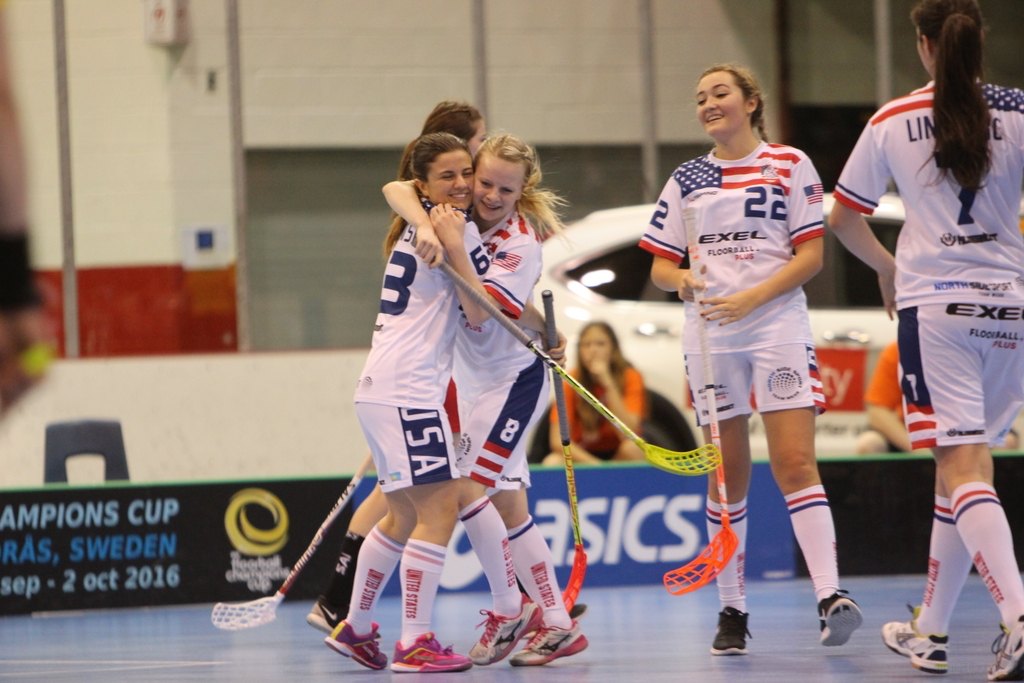 Team USA lost this important game, and semifinal in the B-division, with 10-3 in a honourable way, it was a loss that showed many good moments and team USA’s player, Adelia Pennisi, definitely showed why she later was elected on the World Championship all star team with one goal and two assists. Her goal at 27.05 was a delicacy, where she from her defensive position dribbled around the full Canadian team, one by one, before she scored distinctively beside of the Canadian goalie.

In the first period Canada had most of the game and put a massive pressure on Nora Aron in the US net. At 8.17 Canada was able to get the ball into the net. With 2000 live spectators, being beyond loud, and a possible live TV audience of maybe up to 5.7 Million spectators (this will be validated later). Canada fully dominated the first period and the final score was written to 5-0 with 14 saves for the US keeper Ms. Nora Aron.

The second period looked much better, if we forget about two early goals for Team Canada. When team USA, through Ms. Pennisi score one of the most remarkable goals during the tournament, she dribbles the way through five players from the defender position and score with distinction behind Ms. Brinklow the Canadian goalie.

From this point on, at seven minutes into the second period, this game turns into a fully equal battle. Both Canada and USA scores three goals each. Team USA also double their ability to shot on goal with 10 shots in the last period. Exactly as many shots as team Canada was able to deliver.

The goalies in team USA Ms. Nora Aron made 39 saves and Ms. Anna Van Hercke made two during the game so both had a chance to get experience from a Canadian trying to score.

The two remaining scores for team USA was scored by Andrea Kostal at 54.30 and Christine Lindberg at 58.04, both on assists from Adelia Pennisi. Adelia was also awarded MVP in this game.

Even if team USA lost this their first U19 women’s game against Canada, the loss was honorable and it promises much for the future.

#63 Adelia Pennisi was awarded as Player of the Game for Team USA.