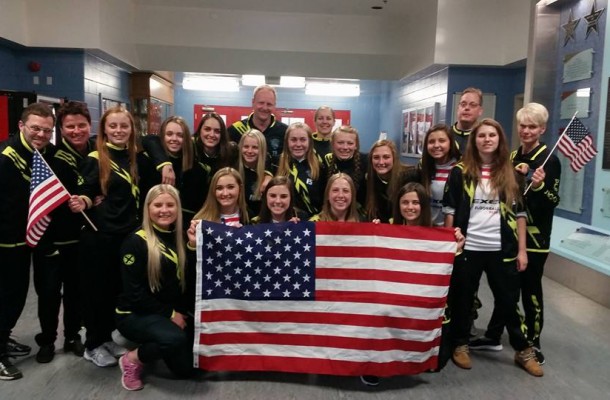 USA Floorball Under 19 Women’s National Team is proud to announce their new coaching staff; Coach David Crawford and Coach Patrick Jesue will be leading the team at the upcoming 2018 World Floorball Championships in Herisau, Switzerland.

“I’m excited and honored for the opportunity to join the USA Floorball coaching staff”, says Crawford.

David grew up playing all types of sports from basketball, soccer, and baseball at various levels of competition and development. It was through that love of sports that he began coaching. At the time, David was looking for a way to connect with the local community and began volunteering as an assistant high school soccer coach. David spent five years working with the North Thurston High School Boy’s Soccer team at the Freshman, JV, and Varsity levels. In addition, David spent 4.5 years managing a youth soccer organization in the states of Washington and Oregon teaching kids of ages 2-12 the basic fundamentals of soccer. Currently, David is the Director of Recreation at Saint Martin’s University, where he has implemented Floorball programming and a yearly intramural league.

While David found Floorball later in life, his strong coaching and player development background will help prepare the team for competition. In a short amount of time, he has instructed Floorball programs for Lacey, WA Parks and Recreation, Saint Martin’s University, Gretzky Hockey School as well as provided demos across the state of Washington. In 2016, he joined the Men’s National Floorball team for the Unihoc Riga Cup in Latvia. More recently, he was on the multi state team that placed second in the 2017 US Nationals. David is a passionate advocate helping to grow the sport of Floorball in the USA.

David has also started a Floorball company called Floorball Guru, that is focused on developing Floorball across the country.

“Floorball is my life! and I am deeply honored to have been chosen to help making Team USA a success in Switzerland”, says Jesue.

Patrick is all about ice hockey and Floorball. He is currently the Coaching Education Program Coordinator for USA Hockey in the Michigan District, where he trains ice hockey coaches on a daily basis while concurrently spreading his passion for Floorball. He is very well known and respected in the Detroit ice hockey community as well as in the greater Michigan.

Furthermore, he is the Director of Hockey at the Brownstown Sports Center, very centrally located just a few minutes from Detroit International Airport. Brownstown is the ideal place in the USA for developing Floorball due to its mix of two high quality ice rink venues combined with the greatest indoor Floorball gym in North America. He is also the Founder of the Detroit Floorball Club, which has in its possession one of the very few competition level Floorball rinks available in the USA.